Been a fan of Weezer for a stunning 1 year(s)! Joined this place so I could show off my collection on a userpage, stayed for the Discord which Deckra made me join to discuss bootlegs. Washed up Team Fortress 2 YouTuber FUNKe made me aware of Weezer, but listening to Teal and later an actually good album got me into the band fully.

What I do here

All I originally cared about were Bootleg CDs, but that gets pretty boring pretty quickly. I've broadened my horizons, becoming a Karl Koch obsessor, manga enthusiast, Billy Cobb apologist, and Skuraiipeare conspiracist. For the most part though, I just hang out on the Discord server.

To view my countless accomplishments, why don't you check out my contributions?

Obligatory but necessary section. From favorite to least favorite, it's:

I have never once listened to Raditude in full. Not out of spite or because the album is bad, I just haven't gotten around to it 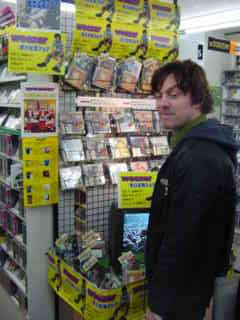 ...Mikey is standing in front of a big display of weezer bootlegs. Lots of them.
On sale. In a store. Legally. funny laws they got there in Japan...(the first Tokyo show was on sale there already!!)